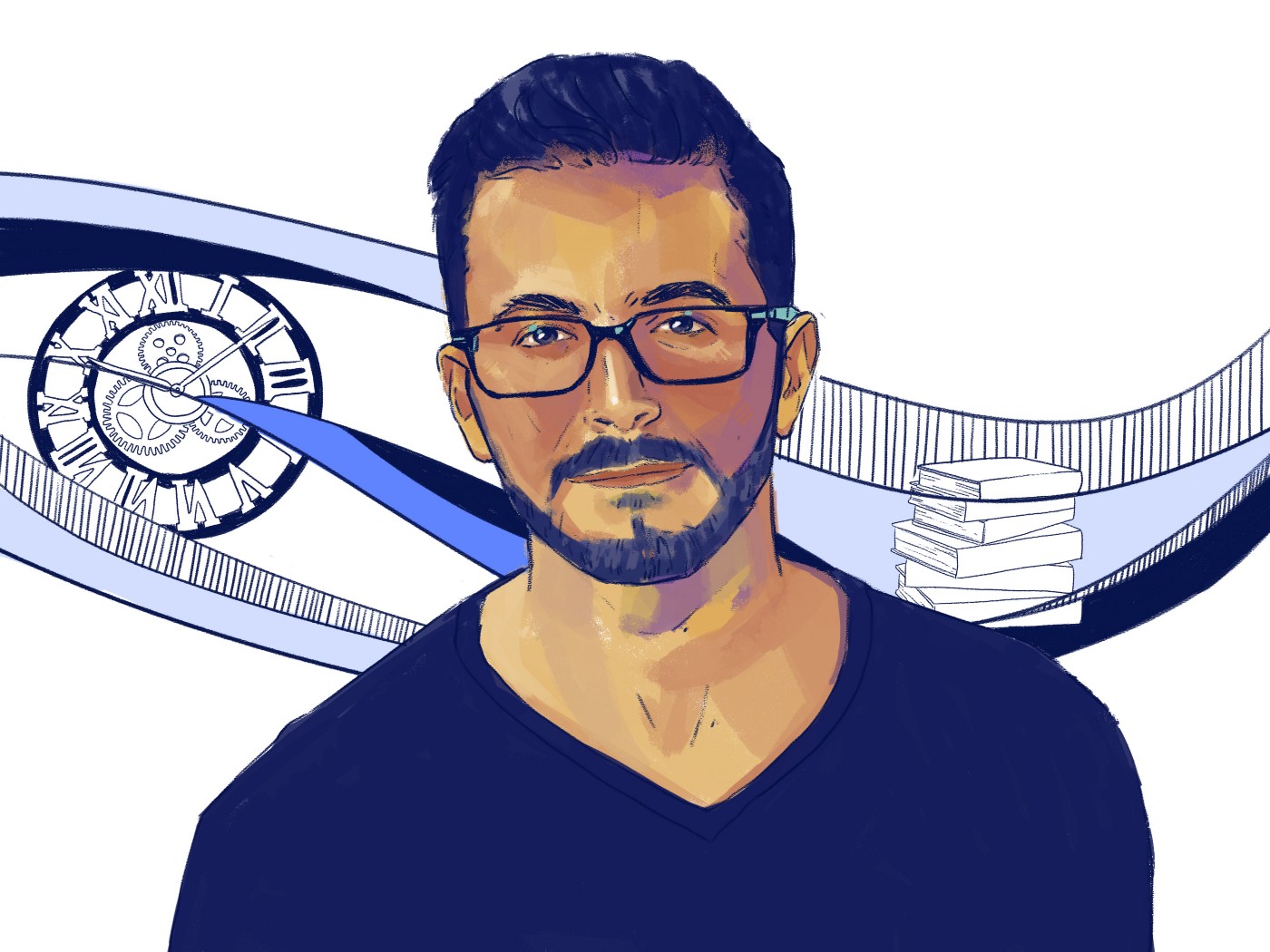 As our Software Architect, Shakib joined as one of the more senior members of the team, playing a coaching role to our up and coming developers. He’s also a founding CTO, and was even on Forbes 30 Under 30 for his first startup in the states. We talked to Shakib about his journey to Time By Ping, and how he thinks steps and years ahead to make sure what we build is sustainable.

What would you say your superpower is?

You’re a former founder and Forbes 30 under 30. Tell us about that experience.

I started my first company in Iran. It was similar to Mint but in Farsi. We wanted to provide young Iranians with a tool to better understand their finances. When it failed, I left and moved to Los Angeles.

I met Sophia, my old cofounder, in LA and joined the company she had just started. It was called Toot App, Inc (“Toot” for short) and it provided tutors for a variety of subjects. I couldn’t have asked for a better experience. Sophie is amazing and taught me a lot in those five years -everything from founders leaving, to pivoting a product, to raising money.

When we were nominated for the Forbes 30 Under 30 list, I wasn’t even aware until she told me. I was asleep when she called me at 6am screaming, “We’re on Forbes!” I was like “What is that!?” She goes “It’s a magazine! It’s a big deal.” The best part was the trip they took us on for the Under 30 Summit. We got an AirBNB on a boat in the Boston Harbor with all these other friends that made the list. It was a blast.

How did you end up becoming a Software Architect at TBP?

Sophia introduced me to Ryan and Patrick. I loved the talk I had with Ryan. We got so vulnerable we actually ended up crying. It was awesome. When I chatted with Patrick I was amazed to see someone that humble. He didn’t even mention the fact that he was the SVP of Symantec and, like, how much revenue he was handling. After those conversations I was like, “I’m in, let’s go!”

I joined as senior staff engineer, mainly working on solo projects and contributing to some other shared code bases. Patrick asked if I wanted to be the team lead but I said no. I wanted to keep coding, keep my hands dirty. Eventually, he asked me to be the architect and now I couldn’t love my job more.

I really like engineering. There are only so many levels of engineers you can go up though. You either become a manager or some sort of a principal engineer or architect. I never liked managing people and being an architect still allows you to code and design. It’s exactly where I want to be, to still be able to create while not being a base-level engineer.

Can you walk us through what exactly a software architect at TBP is?

The architect’s job at TBP is a little different than usual. We encourage our engineers to design their own work. My main job is running what we call our “architecture process.” This includes weekly meetings where everybody presents their designs and gives feedback. The architects approve one to work on themselves. That’s how we make sure the developers maintain ownership and enthusiasm. They’re able to enjoy using their own creativity and ideas to really own the product they make. We then oversee the process to ensure a quality and cohesive end product.

What engineering frameworks or technical processes do you find have been vital in building TBP?

Our architecture process is helpful in making sure that, on the design level, we’re not shooting ourselves in the foot. We want what we’re building to be used by other team members in the future so it forms a roadmap for the next year.

I’ve also heard from a few new hires that we have amazing documentation. We have a great knowledge base because everything is written down and shared. Anytime there is a bug, for instance, it’s extensively documented. You can read what it was, what caused it, what we learned from it, and how we solved it.

How has your experience as a founding CTO informed your work at TBP?

One big difference I’ve noticed with startups vs larger corporations is how fast they iterate. They learn quickly, and they move on. My company pivoted our product four times in a span of two years. We were only able to do that because we were a startup. If we were a bigger company we’d have scratched the product and just made a new one.

I also learned about the importance of simplification within startups. Instead of building something that’s huge and does all of these things, we focus on one feature. We measure how it goes, and if the users like it, then we iterate. Releasing features a little at a time is much smarter. We’re releasing on a monthly basis at Time By Ping.

You play a coaching role to TBP’s up-and-coming developers. How important is that coaching to your work and TBP’s work overall?

"I’ve learned that the investment you make in your team is essential. Coaching and mentorship is one way to do that."

I’ve learned that the investment you make in your team is essential. Coaching and mentorship is one way to do that. If you can improve someone’s skills in a way that’s better for everyone, you end up with a more senior team with better output over time. I think that’s more valuable than hiring a senior engineer right off the bat. We hire for the potential we see in people.

What stands out most about the culture at TBP?

The culture is amazing and it’s just a testimony to how great Ryan and the rest of the founders are. Everyone here is wonderful. We’re all friends, we go out together, and trust and rely on each other a lot.

"Everyone here is wonderful."

As Patrick said, “You can find challenges everywhere, but you can’t find good people everywhere.”

What is it about timekeeping that drew you to working at TBP?

The mission of returning time to people and the respect that everybody has for each other’s, is definitely a magnet that pulls you in.

What have been some of the biggest improvements you’ve helped make to TBP’s iOS app, mobile, or backend offerings since you’ve joined?

On the backend, I recently did a refactor. The code is much cleaner now and yesterday a teammate messaged me about how much they loved it. They’re feeling the benefits and that’s rewarding.

I also started advocating for a multi-tenancy model, which means you have one service for everyone. When I joined, it was a single tenant architecture. As a security measure, each customer had a separate set of servers and code. Every time you wanted to change one thing, you had to change 20 things. Today, we have five services that are multi-tenant. It significantly improves our discoverability, our observability, our deployments, and testing.

What are some of the hardest company challenges you’re looking forward to tackling in 2021 or beyond?

When you’re signing on a new customer you need to deploy all these new services from scratch versus using an existing one. It takes up a lot of the time our engineers could be spending on other projects. Any amount of time we can reduce would be a big improvement.

Do you have anything else you wanted to add about? Anyone you want to make fun of?

Yes, Ryan. Always make fun of Ryan. I love him. He’s such an awesome guy.

Time By Ping is awesome. Whoever is reading this, you should come join us.

Thanks for the time, Shakib.

Stay tuned for more interviews from Time by Ping’s leadership team. Head here to learn more or join our team.