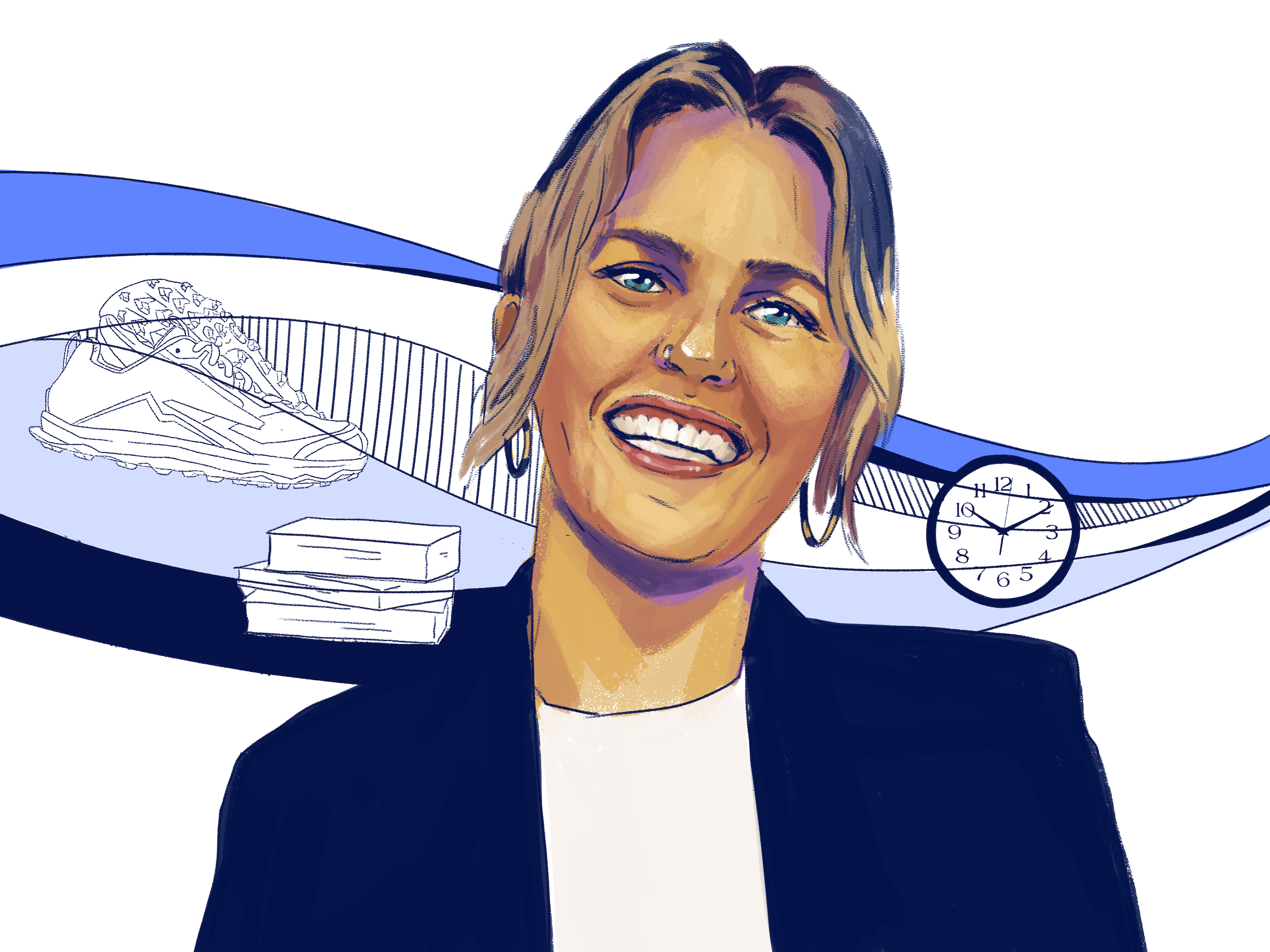 Mallory is a former founder who brings her compassionate leadership and expert problem solving skills to Time by Ping as our Director of Operations. She’s at the helm of our operating philosophy, empowering our team with a culture of “No Rules” Rules.

I'm an arranger at heart. I’m good at looking at all the pieces and how they fit together to make the whole picture a little better. I enjoy challenging the way we are currently doing things, increasing efficiency and identifying opportunities to make everything run even more seamlessly. I think that's why I'm attracted to operations, because I get to work on what's happening across all parts of the company.

Tell me about your journey up to this point in your career as Director of Operations at TBP.‍

I'm a former First Round Capital founder, with a background in edtech. The idea of moving into legal tech didn’t occur to me until I was put in touch with our COO, Kourosh. It turned out we were both Berkeley SkyDeck Incubator alums, who even sat at the same desk. After my first few conversations with the team, I was drawn to the culture at Time by Ping.  I wanted to be part of a high-performing company that was ambitious, not only in the product it was developing but also in the caliber of the people it was attracting and the culture it was building. I was also excited to take on the new challenge of scaling a Series A company to a Series B company, figuring out where things break and how to fix them.

‍How has the transition been, going from Founder to building a function in an organization?‍

As a former founder, I  can empathize intimately with what our founders are going through and the pressures you don’t truly understand unless you’ve been there. Once you’ve seen things from a founder's perspective, it’s hard to unsee it. I have a lot of empathy, patience, and enthusiasm when it comes to building a company, which comes from being a founder, as well as an incredibly high stress threshold. I also have a lot of respect and appreciation for how the TBP founders have built the company and the decisions they make on a daily basis.

‍How have you seen that culture and Time by Ping’s values play out in daily operations?

The hiring process was one of the first, and most impressive, touchpoints. I was in the final round of interviewing with multiple companies at the time, many of which felt incredibly impersonal. The team at Time by Ping took the time to get to know me, understand what I wanted out of the role, and explain what it could offer to me. Our CEO and COO sat down with me and talked through specifically why this would be such a good match.

Not a lot of companies look at the candidate that they're hiring and say "here's what we can give to you, here’s how we can create a partnership."

Another example that I am still deeply appreciative of is when my grandfather was sick. My team supported me in flying home immediately and spending two weeks with him before he ultimately passed. I got to have his last drink with him and be fully present to help my family. Everyone pushed me to stay offline and jumped in to cover anything I needed.

What was it about timekeeping specifically that drew you to TBP?

I think most of us can agree that time is our most valuable asset, which means that working on returning it may be some of the most important work we can do. I appreciate how we approach returning time with respect to both our culture and our product. We’re focused on giving time back to lawyers and using technology for good.

What is the role of operations in a startup? What’s your team’s ethos on ops? How does it help enable the Go To Market and Product functions?

Our philosophy on operations is that the people are the product. Our goal is to nurture the development of our team, unblock them when they’re stuck, and limit friction points. We have really bought into the philosophy of “No Rules” Rules—having an incredibly talented team, building a culture of feedback, and removing controls and approvals.

We want to create a space where people feel empowered to make their own decisions. It’s harder to run a company this way, to not just give rules to follow, because it means you have to be good at having conversations and giving everyone the right context. But if we get it right, it’s way more powerful.

That’s the kind of company that people are going to want to work for.

What are you most proud to have worked on here at TBP?

It’s hard to choose just one example! During my first few months at the company, I was able to sit down with almost all of the team to learn what they loved most about TBP, what they wanted to change, and what they wanted to see our company look like 10 years from now. That was the foundation for our operating philosophy.

Two initiatives that I’m really proud of are launching our first Management Training and running a company-wide timekeeping competition to get us in and using our product more. We didn’t love the term dogfooding, so we call it champagne tasting instead.

How are you continuing to bring the team together in today's remote world?

We're trying to figure out how we can preserve this Time by Ping magic we’ve built, the incredible people, the momentum we have. As we all know, getting people in the same room can be really powerful. We’ve experimented with a VR office (created by one of our engineers, Rob!) for our team book club, which was a fun way to have people “see” and “run into” each other again.

One of the other ideas I've been mulling over is creating a pop-up office in different cities once a quarter. We would book an office space for two weeks, and anyone on the team could join us for any part of that time. We’d have team dinners, department mixers, go onsite with clients, book our cafes for morning coffee hang outs, and have yoga or morning runs for the team. We could recreate an instance of the old office experience, give our team the chance to travel again, and provide enough flexibility to be accessible for people with families or additional responsibilities. I don’t have all the details figured out just yet, but I think there is something to that idea.

‍What are you most looking forward to tackling in 2022?

I’m excited to really solidify how we operate in the hybrid world. What does our team look like? What are the systems that we put in place now that we're in a hybrid environment to make sure that we are functional and inclusive? I’m also excited about all the ways we are staying connected in an increasingly remote environment. I want to keep hiring the best talent, growing our team, and getting even more impressive people in the door.